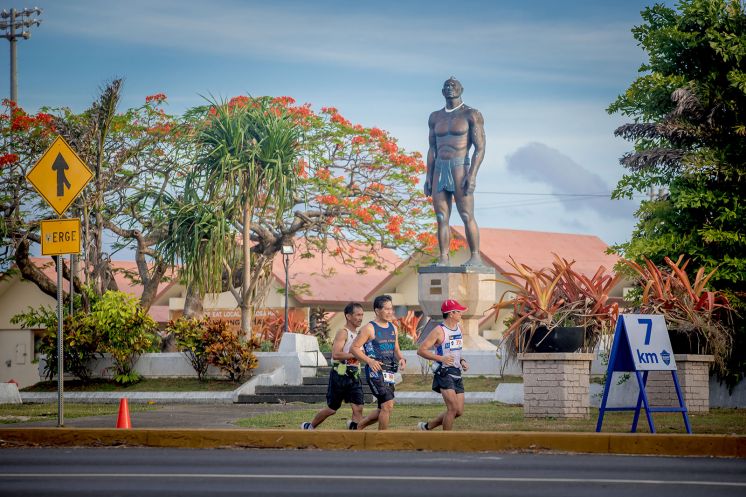 The United Airlines Guam Marathon, including the marathon, half marathon, 10K and 5K are out and back race courses that start and end at the Gov. Joseph Flores Memorial Park (Ypao Beach), Tumon. Runners start immediately in front of the Guam Visitors Bureau (GVB) in Tumon. All races proceed North on Pale San Vitores Road before taking a right hand turn on Route 14A (Tumon Bay Road). At Marine Corps Drive (K-Mart intersection) runners will take a right hand turn and head south.

5K race participants will make a U turn in front of the Century Plaza Building in Tamuning and retrace their route back to Ypao Beach in Tumon, all other runners will continue running south on Marine Corps Drive.

10K race participants will make a U turn just past the Alupang Beach Tower in Tamuning at the Trinchera Beach Park and then retrace their route back to Ypao Beach in Tumon. 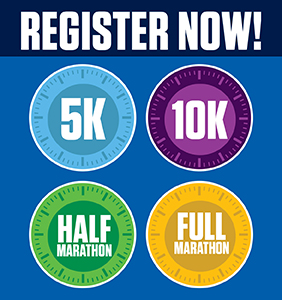 A sister-city marathon of the United Airlines Guam Marathon